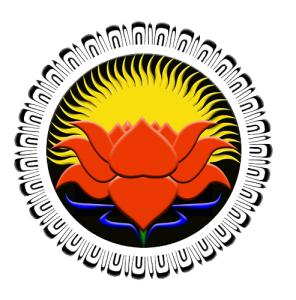 Sri Lanka's Sarvodaya Shramadana Movement is an alternative-development network that includes some 15,000 villages, with 2,000 of them self-governed and self-reliant.[1] Founded in 1958 by A.T. Ariyaratne, the movement is inspired by Gandhian and Buddhist ideas of swaraj (self-governance), sarvodaya (common good), and shramadana (shared labor).[2]

"We dream of a world which is a commonwealth of self-governing communities. We dream of people enjoying participatory democracy; where all human rights are respected, where spiritual and moral values are strong, where people respect nature, and finally where communication technologies are highly developed so that each community can be in close touch with its own nation and the world. Only then can the world’s resources and the advancement in science and technology contribute to a world free of violence as well as poverty."[3]

Sarvodaya Shramdana strives to "Create a no poverty, no affluence, and a conflict-free society" and to make sure everyone in Sri Lanka can meet the "10 basic needs":

A clean and beautiful environment

A minimal supply of energy

4. Income and employment generating and self-financing

The movement has established more than 5,000 pre-schools and thousands of community banks and saving societies. The movement's peace meditations, dialogues, and workshops have attempted to bring healing and coexistence to a country with a history of ethnic war.[6] Members of the Sardovaya Shramadana movement come from a diversity of religions and ethnicities:

"Sarvodaya builds houses side by side for Christians, Buddhists, Muslims, and Hindus. Peace Secretariat teams are led by Muslim, Christian, and Hindu Sarvodaya personnel. The Movement consciously directs its efforts to people of all religious persuasions. Its purpose is not to proselytise but to help participants see their common humanity."[7]

In 1999, Knabb criticized Sarvodaya, citing a chapter from the 1997 collection Entering the Realm of Reality: "One of the articles in the book in fact admits the failures of Sarvodaya (pp. 256-260), pointing out how such organizations function primarily as temporary stopgaps among sectors neglected by capitalist development and are generally abandoned the moment such development becomes accessible to them."[8]