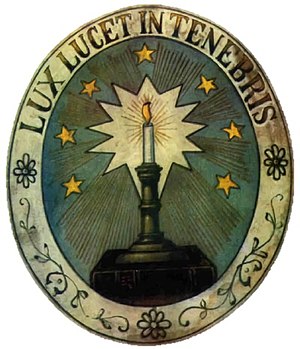 Around 1170, a merchant named Peter Waldo sold his possessions and devoted his life to preaching. His preaching sparked a broad movement in what's now France and Italy. Because the Waldensians allowed lay people including women to be preachers, they were quickly called heretics by the Catholic Church and excommunicated in 1184.[1]

The Waldensians rejected private property and held possessions in common as the apostles did. They opposed the death penalty and held [2] and

"The Waldensians reject all religious orders as worthless. They say the Pope and all his cardinals as well as the Emperor and all kings, dukes, princes and bourgeois magistrates are usurpers and imposters. They say the only Purgatory is the poverty in which so many people are forced to live. They say Christians are idolaters because they prostrate themselves to a cross and to images of saints."[3]